Residential – Observing data compiled through the end of 2013, it is noted that the number of residential real estate sales (single-family homes, attached homes, and vacant lots) are up from 481 total sales during 2012, to 626 sales this year (an increase of over 30%). This rate of increase is slightly greater than the 28.6% increase in number of sales observed when comparing 2012 volume to that of 2011.  Notably, this yearend sale volume is only a rounded 23% less than the volume noted at this time in 2006 (the last year unaffected by the mortgage crisis of 2007).  It could be argued that a low-twenties disparity in current sales volume numbers from that of 2006 is not a measure that is indicative of a recovery.  However, when noting that the 2013 number of sales is 172% above the 2009 low recording of 230 sales, a more positive perspective is gained. It is also believed by many that a lack of inventory, not demand, is the primary limitation to greater sales volume figures.  Further indication of the ongoing recovery is that the dollar volume of sales is up over 17% from the preceding year.  The average price for real estate is down nearly 10%.  However, this was due to an increase of more moderately price inventory being sold throughout the year to date, with the local-oriented market showing a 60% jump in number of sales, while the resort-oriented market only grew by 6.3% in transaction numbers.  The intuition that the declining average sale price is due to the changing composition of the inventory of sold homes (and not value erosion) is further corroborated by the examination of individual property sales / re-sales, which provide the indication that values, on average, have been increasing between .25% and 1% since the market reaching an inflection point in mid-2011. Observation of active listings as of December 2013, shows that the available residential sales inventory is currently 10% less than it was at this time last year and currently only 21% above 2007 levels. While this presents a challenge for those seeking a home, it provides a benefit to the selling side of the equation.

Commercial – The number of commercial sales as of yearend was down slightly, but this drop is not seen as being a significant indicator of commercial activity due to the small sample size. Moreover, commercial capitalization rates remain bullish for Teton County, with office and retail properties most often yielding capitalization rates between 5% and 6%.  A positive for the commercial market is also gleaned from the fact that developers are now competing for vacant land, removing this market from being the exclusive haunt of speculators and land bankers. 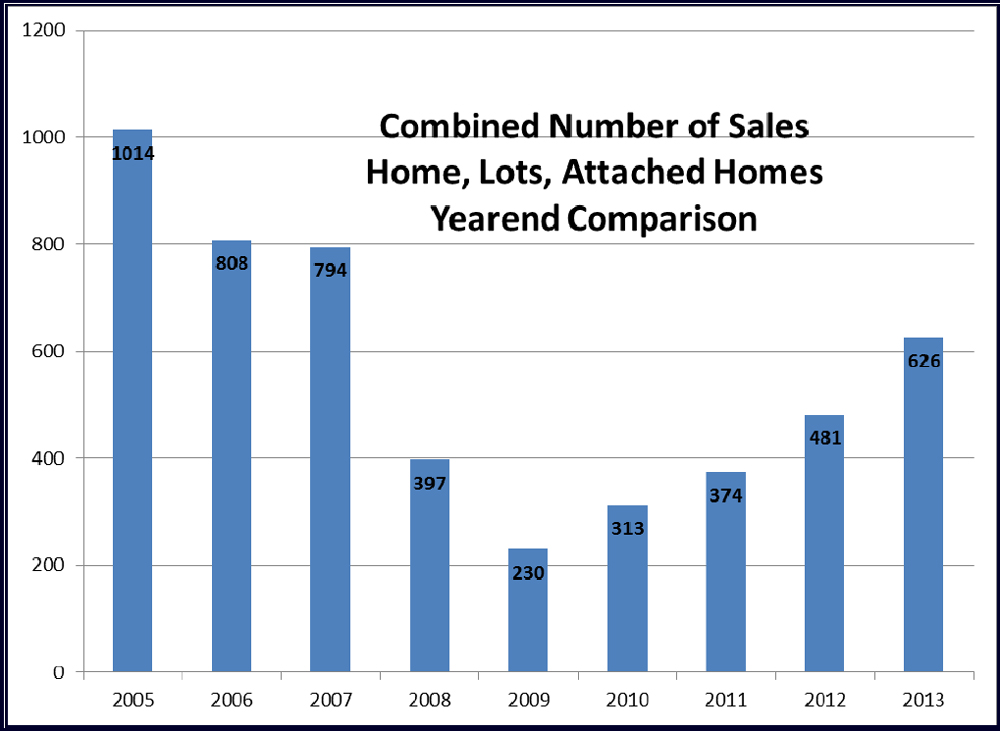 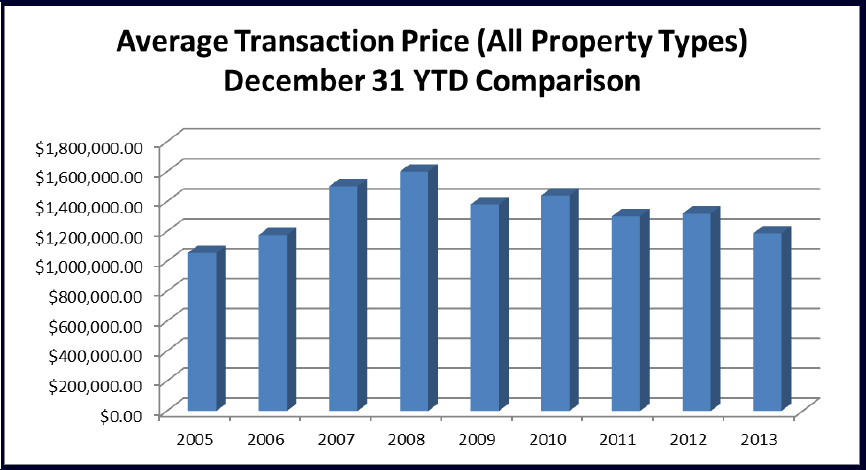